A glance at unemployment rates in November for the state's labor market areas. Note: Rates are not adjusted for seasonal variation:

Connecticut lost 5,100 jobs in November, and has shed more than twice as many jobs in the past three months, according to a report released Thursday.

The state Department of Labor said nonfarm employment last month was 1.69 million, down 5,100 from the revised October figure. The total, adjusted for seasonal variations, is also down 10,500 jobs from November 2007.

There were 8,600 people unemployed in the Waterbury labor market, which saw its unemployment rate jump to 8.3 percent, though the figures are not adjusted for seasonal variation. Still, market's rate is up from 5.8 percent in November 2007.

"After bucking the national trend of job losses during the first half of this year, Connecticut's economy has taken a major plunge, dropping employment 11,300 over the last three months," Tirinzonie said. "Job losses have begun to escalate and, given the severity of the recession nationally, any improvement in the short term seems unlikely."

Just one of the state's 10 major industry sectors recorded a monthly gain in jobs, while seven posted losses and two remained relatively unchanged, the report states. After losing 1,100 jobs in October, employment in educational and health services added 600 jobs in November.

The worst job losses were suffered by the trade, transportation and utilities sector, which shed 2,500 jobs, or nearly half of all the jobs lost in Connecticut last month and the largest monthly job loss in more than six years. Manufacturing shed 900 jobs, while construction lost 700.

The trade sector includes retailers, which lopped off 2,200 jobs between October and November because of concerns that consumers would hold back on spending, the reports states. "The current financial crisis has put a strain on profitable retailers and also has forced others out of business, adding to the loss of jobs," Tirinzonie said.

The state's construction industry also has taken a significant hit, the report found.

"With the national recession dragging on, employment in construction now seems to be a victim of this downturn," the report states. "We have lost 2,400 jobs since last year at this time, or 3.5 percent. This loss, however, is much less than the 7.2 percent nationally." 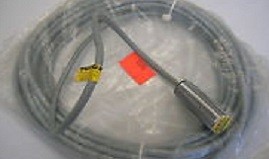 Take a look through our shop – your one source for everything electrical. Featuring brands ranging from Eaton to Greenlee and more.